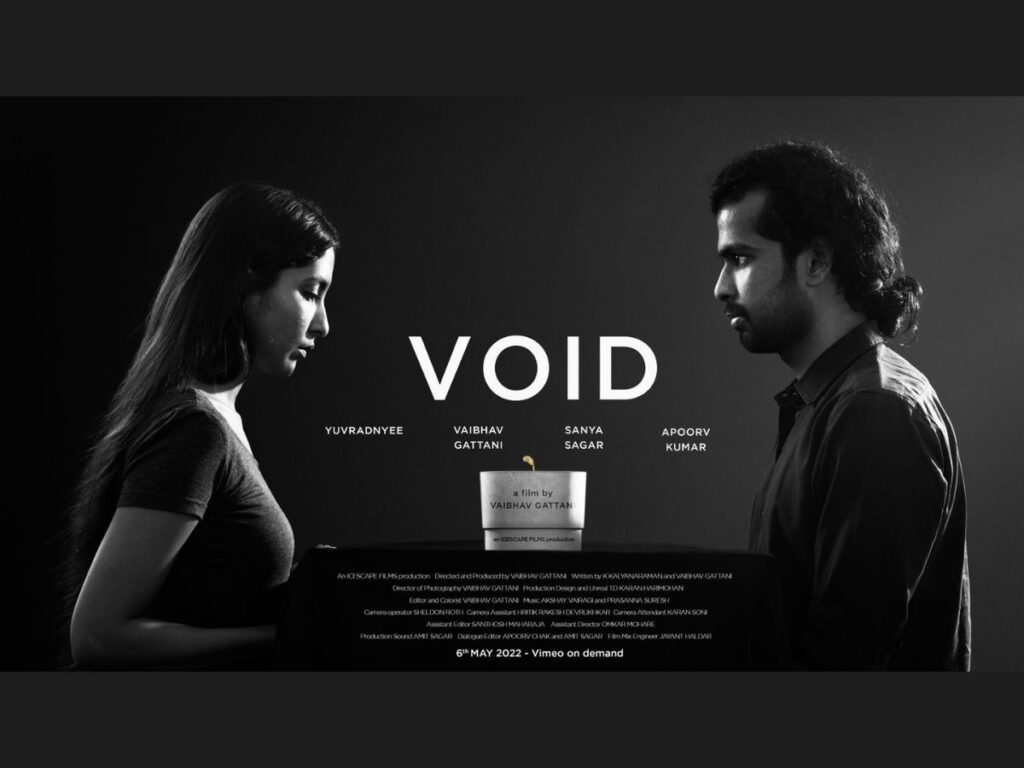 Mumbai (Maharashtra) [India], April 27: Icescape Films, an independent film production house founded by Vaibhav Gattani, releases it’s very first trailer of the film ‘Void’. We found the trailer to be very interesting and unusual as at one point it shows the extremities of human desire and desperation and on the other side it shows the intricacies of human relation and hence we decided to ask Filmmaker Vaibhav Gattani about it.

He says, “Yes, true. On surface the movie seems to be about Rhea’s journey to conception. To what extent she goes when she is not able to conceive a child but the real movie is about the intricacies of human relation, perception and psychology. All the characters are broken, incomplete and vulnerable. Just that some people show their vulnerability and others don’t! But when we are alone we have to face all our fears and deepest insecurities. We judge others based on our ideologies and principles! We love the idea of blaming others for our miseries and grief! As they say, the world is nothing but a reflection of your mind!”

We are going to talk about Saurabh Gangal who is a Delhi based singer, while his songs are famous all over India