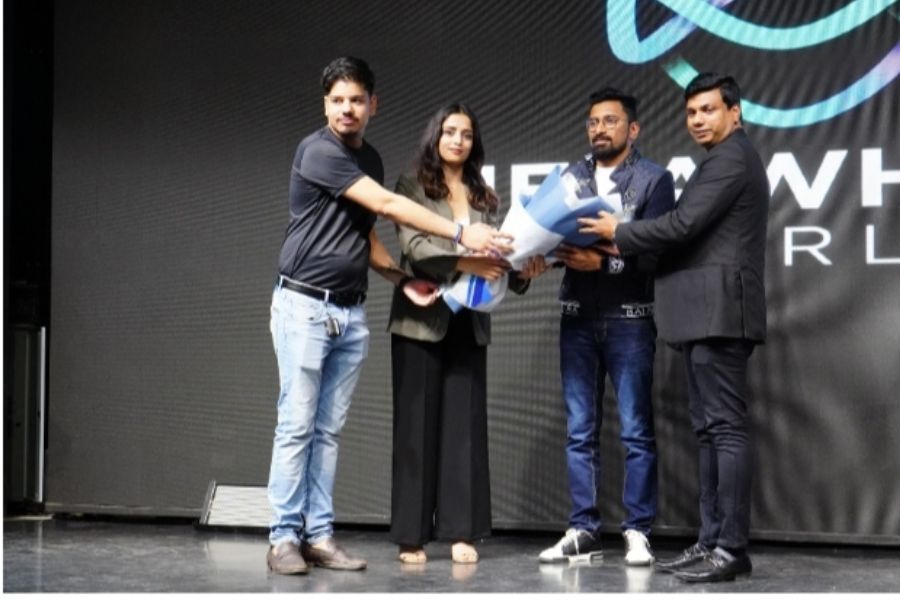 The brand envisions the digital era and is focused on the fresh digital arts announced as the mega move of launching the second phase and displaying the digital artwork virtually to the netizens who are the Metaverse aficionados. Not only this, but the designers and creators will also be able to make the exhibits as creative and as heightened as to consume less money and effort. Apart from initial supporters and private investors, emerging entrepreneurs, Founders of some of the leading Metaverse projects were also present at the star-studded event. Jaskirat Singh Bhullar, Amol Dande, Rajesh Lohiya, Prashant Dhumal and Nilesh Batane were some of the personalities who graced the launch of Meta Wheels with their august presence.

Metawhale World, a blockchain-based platform launched recently, allows users to produce and monetize their gaming experience. Metawhale World can trace the actual ownership of the creation to all its current gamers, which even compels to award every participant with their exclusive utility token-MTW. Additionally, it developed a decentralized control system for privacy and data protection that prohibits creator ownership in the existing gaming market. It is powered by the Binance Blockchain, which uses MTW’s utility token.

The Metaverse allows people to have virtual identities, powered by a fully functional economy that exists in real-time. It gives out numerous opportunities for innovation and experimentation. Gaming platforms are its building blocks with the motto of bringing the Metaverse to life. The Metaverse encompasses immersive environments by using augmented or virtual reality. Characterized as the evolution of technology, Metawhale World is one of the leading companies based in India to be so advanced. Metawhale World is doing exceptionally well in the future and science fiction industry that everyone is immersed in. It is succeeding in presenting an opportunity to engage consumers in entirely new ways of innovation and capabilities.